Where Is Assad Getting His Fighters From? (It’s Not Just Lebanon and Iraq) 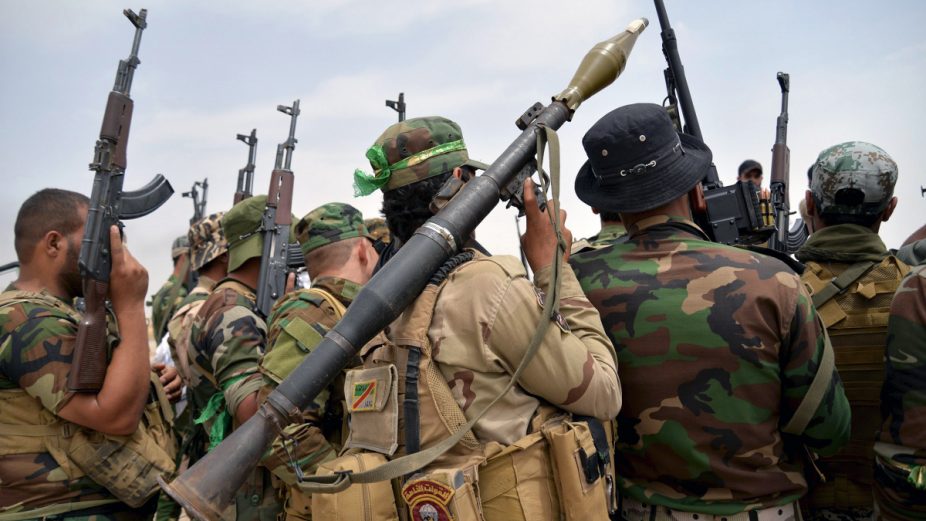 In early December, senior Trump administration officials suggested that approximately 80 percent of Syrian leader Bashar al-Assad’s defense against insurgents in the country’s ongoing civil war is being provided by forces imported from outside of the country.

The lion’s share of these fighters is being trained and equipped by Iran, the Assad regime’s most ardent supporter.

Interestingly, however, these foreign fighters, almost of all which are Shia Muslims, are not merely comprised of Lebanese and Iraqis, but include significant numbers of militants from South Asia—mainly Afghanistan and Pakistan—which adds an entirely new dimension to Syria’s ongoing civil war, now entering its seventh year.

As the civil war in Syria drags on, the Assad regime has been plagued by casualties and desertions. Many of its fighters have been killed or injured on the battlefield and to make up for these manpower shortages, the regime has looked to Iran to help recruit new fighters. Iran has been able to leverage the sectarian nature of the conflict in Syria to help rally Afghans living in Iran as refugees, of which there are approximately three million.

The Afghan fighters belong to a division known as Liwa Fatemiyoun, which is under the command and control of Iran’s Islamic Revolutionary Guards Corps (IRGC) and according to official Iranian sources, numbers between 10,000 to 12,000 fighters. Many of these militants have experienced major combat action in Syria in Aleppo, Deraa, Damascus, Latakia and the Qalamoun region.Some reports indicate that hundreds have already died fighting in Syria.

Some fighters are purely mercenaries motivated by money, and some are enticed by promises of legal residency status and residency permits for their families back in Iran.

Others are induced by the honorific “defenders of the shrine,” believing it is a religious duty to protect holy Shia shrines in Syria, including the shrine of Sayyida Zainab, revered by Shia Muslims as it supposedly contains the grave of the Prophet Muhammad’s granddaughter.

In many cases, recruitment standards appear to be quite low.

Criminals and other undesirables are oftentimes among the regime forces, considered the equivalent of cannon fodder by Assad, where they are dispatched to the frontlines in Syria.

In addition to Afghans, Pakistani Shia foreign fighters are also now fighting in their own distinct unit in Syria, known as the Liwa Zaynabiyoun.

This represents a major evolution from earlier stages in the conflict when Pakistani Shia where routinely integrated with other units, since they often lacked the numbers and training to be effective on the battlefield.

Starting in 2013, substantial numbers of Pakistani Shia from the Turi tribe of the Kurram tribal region and ethnic Hazaras from Quetta began to arrive in Syria.

Around this same time, Urdu-language websites and social media pages proliferated urging Pakistani Shia to join the growing network of foreign fighters in Syria to defend the Assad regime against fighters from the Islamic State and other terrorist and insurgent groups active throughout the country.

Most analysis from Western think tanks and universities on foreign fighters tends to focus on the threat posed by Sunni jihadists linked to the Islamic State and Al Qaeda.

But the growth of the Iranian Shia foreign fighter network also presents a major challenge to the international community, and perhaps an even more dire long-term obstacle to the stability of the Middle East.

The IRGC and its proxy force, the Lebanese terrorist group Hezbollah, are trainingAfghan and Pakistani Shia in weaponry, tactical movement and even tank warfare.

With consistent training provided by elite Hezbollah and IRGC commanders, what were once considered ragtag militias of undisciplined fighters have slowly developed into relatively well-trained and well-resourced soldiers that can be deployed throughout Syria to reinforce units loyal to Assad and his regime.

Even though these units are sustaining high levels of casualties, they are also gaining valuable combat experience and working in tandem with sophisticated militant groups that can teach them various ways to improve their tactics, techniques and procedures.

While the Liwa Fatemiyoun and Liwa Zaynabiyoun were recruited and trained to fight specifically in Syria, there is growing concern that these militants could wreak havoc in Afghanistan and Pakistan, respectively, if and when sizeable numbers of the fighters return home.

Beyond using Afghan and Pakistani fighters in Syria, another option would be to send the militants to other battlefields where the Iranians are fighting or backing proxy groups, including Iraq and Yemen, where Tehran is seeking to expand its influence even as it battles Saudi Arabia in an ongoing struggle for regional supremacy.

The United States and its allies are monitoring the ongoing developments in Syria with increasing unease.

One major concern is that this network of foreign fighters could help Iran establish a greater presence beyond the Middle East and extending across the region, into South Asia.

As research associates at the Council on Foreign Relations Ari Heistein and James West have argued, “When these battle-hardened foreign fighters return home after being trained and indoctrinated by Iran and having built a network of likeminded people, it is no stretch to believe that they could serve as transnational networks to advance longstanding Iranian ambitions in South Asia.

” Over the course of the next year, the United States and its Sunni allies in the region—especially Saudi Arabia—may seek to adopt a more active role in assessing, countering and developing a coherent strategy to rollback and contain the Iranian threat network and in particular, the cultivation of a transnational Shia foreign fighter contingent.

Accordingly, the United States and its Gulf partners should not simply surrender their own influence and strategic depth and need to develop,according to terrorism expert Michael Knights, some “intermediate red lines” to communicate to Iran what will not be tolerated.

Anything short of such a staunch stance could lead to an even stronger Iranian presence throughout the Middle East, making the prospects for continued conflict more, not less, likely.